One Nation Under God by Kevin M. Kruse

We’re often told that the United States is, was, and always has been a Christian nation. But in One Nation Under God, historian Kevin M. Kruse reveals that the idea of “Christian America” is an invention—and a relatively recent one at that.

As Kruse argues, the belief that America is fundamentally and formally a Christian nation originated in the 1930s when businessmen enlisted religious activists in their fight against FDR’s New Deal. Corporations from General Motors to Hilton Hotels bankrolled conservative clergymen, encouraging them to attack the New Deal as a program of “pagan statism” that perverted the central principle of Christianity: the sanctity and salvation of the individual. Their campaign for “freedom under God” culminated in the election of their close ally Dwight Eisenhower in 1952.

But this apparent triumph had an ironic twist. In Eisenhower’s hands, a religious movement born in opposition to the government was transformed into one that fused faith and the federal government as never before. During the 1950s, Eisenhower revolutionized the role of religion in American political culture, inventing new traditions from inaugural prayers to the National Prayer Breakfast. Meanwhile, Congress added the phrase “under God” to the Pledge of Allegiance and made “In God We Trust” the country’s first official motto. With private groups joining in, church membership soared to an all-time high of 69%. For the first time, Americans began to think of their country as an officially Christian nation.

During this moment, virtually all Americans—across the religious and political spectrum—believed that their country was “one nation under God.” But as Americans moved from broad generalities to the details of issues such as school prayer, cracks began to appear. Religious leaders rejected this “lowest common denomination” public religion, leaving conservative political activists to champion it alone. In Richard Nixon’s hands, a politics that conflated piety and patriotism became sole property of the right.

Provocative and authoritative, One Nation Under God reveals how the unholy alliance of money, religion, and politics created a false origin story that continues to define and divide American politics to this day.
Posted by David C. Hayes at 12:20 PM No comments:

The No Cry Zone: This Is A Test

Jon Arking, Rob Vedro, and David C. Hayes take a test run of their new political podcast by discussing the Republican debates and their thoughts on the presidential candidates from both parties.

Please support our show by clicking the links to our Sponsors.
Posted by Abnormal Entertainment at 3:00 AM No comments: 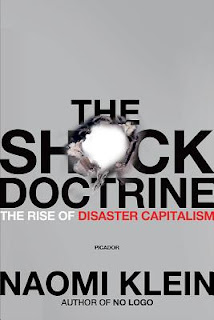 The neo-liberal economic policies—privatization, free trade, slashed social spending—that the Chicago School and the economist Milton Friedman have foisted on the world are catastrophic in two senses, argues this vigorous polemic. Because their results are disastrous—depressions, mass poverty, private corporations looting public wealth, by the author's accounting—their means must be cataclysmic, dependent on political upheavals and natural disasters as coercive pretexts for free-market reforms the public would normally reject. Journalist Klein (No Logo) chronicles decades of such disasters, including the Chicago School makeovers launched by South American coups; the corrupt sale of Russia's state economy to oligarchs following the collapse of the Soviet Union; the privatization of New Orleans's public schools after Katrina; and the seizure of wrecked fishing villages by resort developers after the Asian tsunami. Klein's economic and political analyses are not always meticulous. Likening free-market shock therapies to electroshock torture, she conflates every misdeed of right-wing dictatorships with their economic programs and paints a too simplistic picture of the Iraq conflict as a struggle over American-imposed neo-liberalism. Still, much of her critique hits home, as she demonstrates how free-market ideologues welcome, and provoke, the collapse of other people's economies. The result is a powerful populist indictment of economic orthodoxy.
Posted by David C. Hayes at 3:48 PM No comments: 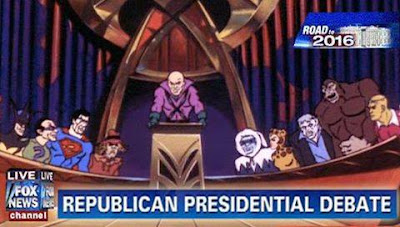 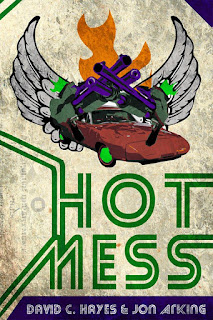 Like the show? Think these fools are witty? You haven't seen anything yet. Feel free to get your Jon and Dave fix by getting in touch with Rob at Blue Frog Books and having him send out your copy of "Hot Mess" the urban fantasy comedy novella from Jon and Dave. Bill O'Reilly has volumes of barely readable 'historical' fiction (that we find comedic). At least we tell you it is comedy right off the bat.