Episode 32: Winding Down and Rules of the House

Jon, again, is the voice of reason. Rob and Dave get slightly heated in regard to the Rules of the House, i.e., Senator Sanders is on the D ticket, but does his behavior indicate that? The same thing for Trump and the big R. The Outsiders race gets even funkier in the newest installment of The No Cry Zone!

Please support our show by clicking the links to our Sponsors.
Posted by Abnormal Entertainment at 10:00 AM No comments: 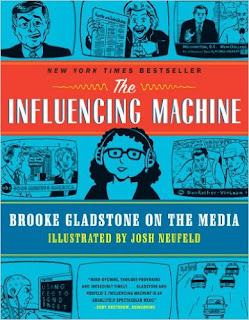 The Influencing Machine by Brooke Gladstone

A million listeners trust NPR's Brooke Gladstone to guide them through the complexities of the modern media. Bursting onto the page in vivid comics by acclaimed artist Josh Neufeld, this brilliant radio personality guides us through two millennia of media history, debunking the notion that "The Media" is an external force beyond our control and equipping us to be savvy consumers and shapers of the news.
Posted by David C. Hayes at 12:17 PM No comments:

Episode 31: Primaries and The Outsider, Playing the Game!

Jon, Dave and Rob and decidedly less angry this week... but not by much. The NY primary is a focus, as is the notion that every candidate is running under the banner of the "Outsider." Can they all be outsiders? The 9/11 report is highlighted, too, as is the President's long game!

Please support our show by clicking the links to our Sponsors.
Posted by Abnormal Entertainment at 11:30 PM No comments:

Episode 30: Back to Flint: RICO vs. The Lansing Mafia

Jon, Rob and Dave get back into the Flint Water Debacle. Yes, it is still a story and it is just getting worse. We are joined by attorneys, Ari Kresch and Chet Kern, who have filed the RICO lawsuit on behalf of Flint's citizenry. After that insightful interview, Melissa Mays returns to put it all in perspective. The usual political grumblings, Dave threatening violence and Rob's Book of the Week round out a big Episode 30!

Please support our show by clicking the links to our Sponsors.
Posted by Abnormal Entertainment at 11:44 AM No comments: 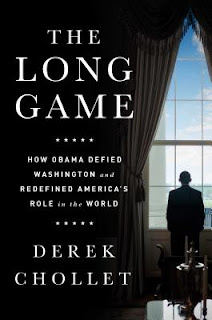 The Long Game: How Obama Defied Washington and Redefined America's Role in the World by Derek Chollet

Ten years after 9/11 and three years into his presidency, President Obama was ready to shelve the wars in Afghanistan and Iraq, and shift his foreign-policy focus to bolstering the power of America's presence in the international community. his foreign-policy strategy was to be founded on economic strength and global authority, but history intruded. Instead, in the coming years, Syria disintegrated; ISIS emerged; Egypt, Ukraine, and post-Qaddafi Libya erupted. Russia has resurfaced as a military threat to Europe, and America has inexorably declined. The world order today is as complicated as it was at the end of the Cold War. President Obama is not to blame.

With new and surprising insights, Derek Chollet reveals that Obama has largely remained true to the policies he outlined before taking office: extracting US forces from Iraq and Afghanistan; deemphasizing military force as the primary tool of American power; rebalancing toward Asia; involving Congress into decisions about the use of force; and pursuing bold policy goals on issues like climate change, trade, and nuclear disarmament. Ultimately, Obama's policies at home and abroad have been restoring American power, not squandering it. And by redefining American foreign policy, Obama has defied official Washington. "The Long Game" boldly sums up the core tenets and names Obama's highly successful doctrine: to position the US to win the long game.
Posted by David C. Hayes at 12:19 PM No comments:

Since there as absolutely nothing to talk about (!), Rob, Jon and Dave get deep into the Panama Papers and how those are going to filter out, the rampant corruption in Congress (on all sides) and, of course, the latest Super Tuesday debacle!

Please support our show by clicking the links to our Sponsors.
Posted by Abnormal Entertainment at 10:00 PM No comments: 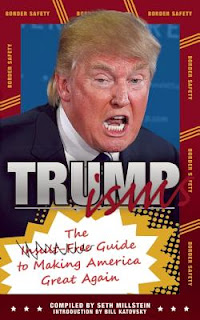 Trumpisms by Seth Millstein, Bill Katovsky and The Donald

Bill Katovsky, founder of "Tri-Athlete Magazine," has completed the Hawaii Ironman twice and is coauthor of "Embedded: The Media at War in Iraq," which won Harvard s Goldsmith Book Prize; and editor of "1,001 Pearls of Runners' Wisdom: Advice and Inspiration for the Open Road," as well as co-founder of the Natural Running Center.
Posted by David C. Hayes at 12:27 PM No comments:

Jon, Dave and Rob are joined by Kathy Pugh. She recently left her job to be a full-time caregiver for her mother... one of the victims of the fungal meningitis outbreak from tainted injections! Corporate greed, deregulation and political lobbyists strike again. Dave is gets angry... again. The usual Presidential stuff, too.

Please support our show by clicking the links to our Sponsors.
Posted by Abnormal Entertainment at 7:11 PM No comments: